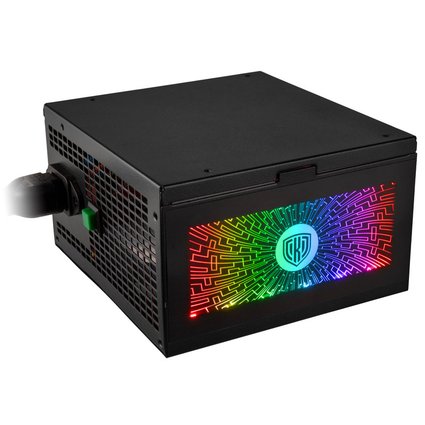 The Kolink Core series are a range of high quality power supplies that offer great value for money. This new ARGB update adds an ARGB side panel that generates a variety of effects.

Like the non-RGB version it is 80 Plus certified, which guarantees a power efficiency of more than 80 percent from 20 percent utilisation at 115 volts. All models of the Core Series meet the requirements of EU Regulation No. 617/2013 for safe operation on the European 230-volt grid. Also a result of meeting the mandatory requirements for standby power consumption, Kolink core power supplies offer a low-cost solution to powering your system.

Kolink also want to ensure that Core 700 ARGB is aesthetically pleasing. The LEDs' effect can be adjusted by pressing a button on the PSU itself. Alternatively they can be controlled via a standard 3-Pin connector on the motherboard. In fact further customisation of the RGB side panel is possible by attaching an alternate sticker (included with the PSU). Additionally flat black ribbon cables complement the bright LEDs and have the benefit of make cable management easier.

All this and it even comes in a colourful box!